Home > Experience the Flavors and Tastes of Columbus Ohio

5 Reasons Why the Columbus Food Truck Festival is Awesome

The Columbus Food Truck Festival happens on August 15th. Here's what it's all about!

The Columbus Food Truck Festival is the perfect opportunity to support your local community by partaking in family focused events, listening to local artists, and sampling some of the best cuisine on wheels! With more than 60 vendors on-site, there is no better place to spend the weekend! Enjoy a bison burger while watching local designers strut their stuff on the main stage.

Not all festival locations are created equally and parking dilemmas are a major turn off for most people. Have no fear of such headaches when attending the Columbus' Food Truck Festival! It is conveniently located downtown at Columbus Commons, where parking is a cinch. With underground, street, and lot parking options, festival goers can focus on having fun and not beating a meter for a small fee!

RELATED: Everything You Need to Know About Food Trucks.

2. All We Wanna Do Is Dance

Columbus, Ohio has a plethora of great bands and getting them all together is no easy feat. The masterminds behind the Food Truck Festival have partnered with April Kulcsar and Music Love Ohio to keep the jams going all day and night.

For my fashionistas out there, get ready to strut your stuff around the streets because the Columbus Fashion Week designers will be in attendance! For the first time in event history, community fashion designers will unveil some of their upcoming pieces at the festival on the main stage.

Columbus is a thriving city, bursting entrepreneurial activity and many vendors can be found at the Columbus Food Truck Festival. Several booths will be set up to accommodate the 30 plus artists that are eagerly waiting to chat about their crafts. This is a wonderful opportunity to support local!

RELATED: Where to Eat in Columbus, Ohio

5. We See You Rolling

Columbus has not been immune to the food truck explosion that has taken over many U.S. cities. While some are still intimidated by the prospect of food on wheels, there is no need to fear the trucks here. With nearly 60 food vendors set to arrive, there is surely something for everyone. Several trucks offer vegan/vegetarian choices, and meat lovers won't be forgotten either!

Robin Corsey has been a local community promoter since she was a little girl growing up in New Mexico. It was of no surprise that as an adult she would fall in love with the city of Columbus, Ohio. In 2014 she decided to share her love with everyone by creating the blog www.cbuslocallove.com. She can also be found on Instagram and Twitter @cbuslocallove. 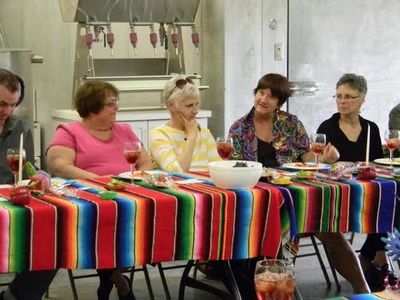 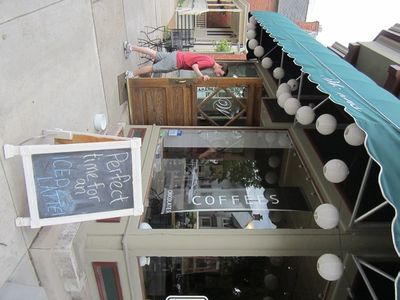