Before earning the titles of “Providence’s Pied Piper of Cheese,” “Prince of Pork” and one of the “Most Sustainable Chefs in America” for his nationally-recognized knowledge of cheese, charcuterie and sustainability, Matt Jennings had his first taste of the food world in the summer of 1993, working as a prep cook and dishwasher on the island of Nantucket at the tender age of 17. Bitten by the restaurant bug, Matt enrolled in culinary school at New England Culinary Institute the following year and continued to spend summers on Nantucket, working his way up from prep cook to line cook, and eventually to Executive Sous Chef at 21 Federal Restaurant.

The following summer, Matt accepted the position of Executive Sous Chef at Nantucket’s West Creek Café where the focus was on incorporating local ingredients into all aspects of the menu. It was here where Matt learned how to work with freshly foraged mushrooms and fiddlehead ferns, really developing a taste and appreciation for local, seasonally-driven food. But as the summers came to an end each year, Matt longed for a return to the fast-paced city life of his hometown of Boston.

After opening Boston’s Salamander Restaurant with Stan Frankenthaler, Matt moved on to man the grill at Amanda Lydon’s Truc. In early 2000, he left the world of restaurant kitchens in search of a deeper connection between himself as a chef and the ingredients on which he relied. Interested in learning more about the origins of the food we eat and the people involved in their artisan production, Matt settled into the role of Cheese Buyer at Formaggio Kitchen in Cambridge, MA. It was at Formaggio that Matt not only expanded his knowledge of cheese, cured meats and specialty food items and developed lifelong relationships with local farmers, fisherman and artisan producers, but he also met and fell in love with his wife Kate. These two concurrent milestones set in motion a chain of events that led Matt and Kate to cross the country together to California, only to return to the East Coast to open Farmstead three years later.

Six months after meeting at Formaggio, Matt joined Kate in a move to Napa Valley where Kate enrolled in the Baking and Pastry program at The Culinary Institute of America at Greystone. For the next two years while Kate pursued her culinary degree, Matt worked for Cowgirl Creamery and Tomales Bay Foods as a wholesale manager for all San Francisco Bay Area restaurant accounts. He worked closely with farmers and producers, sourcing new cheeses and specialty foods, and selling cheese to chefs like Thomas Keller, Gary Danko, Michael Tusk and Paul Bertoli. Upon Kate’s graduation, the two returned to the East Coast, alight with an entrepreneurial spirit and an appreciation for the origins and history of small-batch, locally-produced products. They settled on the up-and-coming city of Providence – just an hour south of Matt’s hometown of Boston – to open Farmstead, an artisan cheese and specialty gourmet shop in October 2003.

With an emphasis on family-owned farms and small-batch artisan producers, Farmstead quickly earned its reputation as one of New England’s premier cheese shops. Over the next few years, Farmstead expanded its product selection with olive oils, vinegars, fancy mustards, local jams & jellies, honeys, freshly baked biscuits and scones, hand-crafted pastries and more. Another major part of Farmstead’s expansion beyond a cheese shop: Matt’s in-house charcuterie program that produces a daily-changing selection of savory cured meats, spicy salumi, fresh house-made pates and terrines. On a personal mission to become more sustainable, Matt experimented with all parts of the local animals that came through his door, creating signature items like pig ear bacon, hoof & snout terrine and fennel & preserved orange cotechino. Farmstead also became a beacon of cheese education via classes, tastings, field trips and workshops that elevate cheese appreciation from a simple hobby to a consuming passion, and further Farmstead’s mission to promote artisan foods and their heritage, history, traditions and future.

Anxious to return to his chef roots and use his hands once again to create food, Matt opened Farmstead’s bistro component with Kate in the adjacent space to the storefront in 2006. A genuine, New England bistro with just 40 seats, the restaurant combines Matt’s honest, seasonal, handmade food deemed “haute farmhouse cuisine” with Kate’s homespun approach to pastries, desserts and freshly baked items. Farmstead bistro also provides a great forum to showcase the shop’s incredible cheese selection and in-house charcuterie. On a given day at Farmstead bistro, the cheese board may include artisan cheeses crafted by Consider Bardwell Farm around the corner from where Kate grew up in Vermont, housemade sausages and Farmstead's own pantry preserves – everything from ramp top kimchi to watermelon rind pickles.

When he’s not in the kitchen at Farmstead, Matt travels the country with Cochon 555, competing in national events in Las Vegas and Miami, and demonstrating dishes at the Grand Cochon at the Food & Wine Classic in Aspen. Matt and his wife Kate live in Providence with their young son, Sawyer, and their dog, Montgomery, who is named after an English farmhouse cheddar. 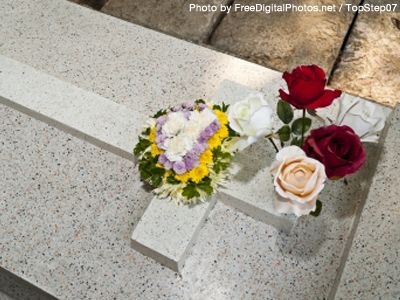