Home > Experience the Flavors and Tastes of Atlanta Georgia

5 Reasons You Should Attend the Atlanta Street Food Festival

Check out the Atlanta Street Food Festival, a festival dedicated to the city's finest food trucks and culture.

It's been called, "One of the Top 5 latest and greatest things to hit the South" by Southern Living magazine. For the third year, Atlanta's food truck fanatics can experience a day dedicated to the city's finest food truck fare when the Atlanta Street Food Festival rolls into Piedmont Park. The event is presented by MARTA and supported by numerous other exciting and generous sponsors. This festival offers foodie fans a full day of Atlanta's favorite street food cuisine and fun.

1. Piedmont Park is a beautiful location with a long and rich history.

Piedmont Park's Atlanta Street Food Festival provides food truck fans with an entire day dedicated to the city’s finest food truck fare at one of the Southeast’s most beautiful public parks. Piedmont Park has a rich history that spans over the course of nearly two centuries. Since 1822, Piedmont Park has continuously evolved, changing hands in the process, and going through several phases – first from a forest to a farm, then to a fairground and suburban park, and finally to the urban park that it is today. It is the perfect spot to join neighborhoods together to enjoy delicious street food and fun!

2. We help The Giving Kitchen support the local restaurant community.

Renowned as Atlanta’s first and only event dedicated to street cuisine, the festival is proud to announce that a portion of this year’s proceeds will support The Giving Kitchen, the beloved culinary charity with the unique mission of providing crisis grants to members of Atlanta’s restaurant community facing unanticipated hardship.

3. You won't find more food trucks in one spot anywhere in the Southeast.

The Atlanta Street Food Festival represents the largest gathering of food trucks in the Southeast. More than 40 food trucks, including Champion Cheesesteaks, Yumbii, Ibiza Bites, Mix’d Up, Viet-Nomies, Angel Fire7 BBQ and Masala Fresh will gather for the occasion for guests to partake in more food and fun.

Not only does Atlanta Street Food Festival give event goers access to the city’s finest street food cuisine, but the festival also features some of Atlanta’s most highly regarded craft brews, local merchants and artisans, and live musical entertainment from the area’s favorite performers. In between bites, patrons can receive complimentary Red Bull samples from the Wings Team while supplies last, shop around various local vendors, and experience a variety of amusement rides for children and adults.

RELATED: Everything You Want to Know About Food Trucks.

New this year, the Atlanta Street Food Festival app is available through the Apple App Store and Google Play. Once downloaded, smart phone users can view featured menus, peruse the entertainment schedule and upload photos of their favorite food truck fare. Additionally, festival goers can stay up-to-date with the event’s latest details on Facebook or by following @StreetFestATL on Twitter, and by using the event’s official hashtag: #ASFF14.

By Julia Ott of the Atlanta Street Food Festival 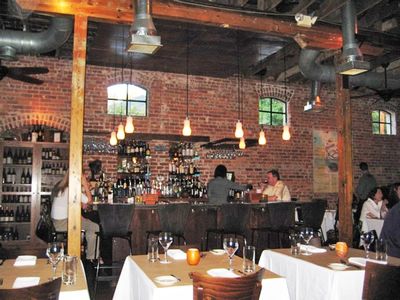 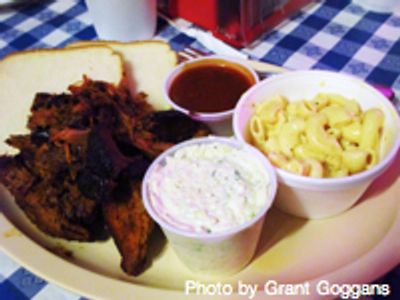