Michele Topor of Boston Food Tours tells us where travelers should go when they come to this famous Massachusetts city.

Michele Topor designed the North End Market Tour in 1994 as an adjunct to her Italian cooking classes, in an effort to introduce her students to her neighborhood and her favorite sources for the best quality Italian ingredients.

As Boston Food Tours celebrates its 20th anniversary, Michele and her personally trained guides continue to share their passion for the traditional foods of Italy, and now, China, on fun and informative tours through two of Boston’s oldest ethnic neighborhoods. We asked her a few questions...

1. What foods is Boston known for?

What Boston is known for does not necessarily showcase what Boston does best.

With tourists coming into the city, there is still the perception that Boston food is basically baked beans and fried fish with tartar sauce.Here in the North End, every other restaurant is serving a lobster roll, because that is what people from other parts of the country expect.

On our tours, we often are asked where to get the best clam chowder. But Boston has become so much more than that over the last 20 years. For a long time, Boston, although a coastal city, had very little to offer in the way of fresh, delicious local seafood and fish. Strange as it may seem Legal Seafood was, for a long time, the only game in town.

All that has changed with the opening of high quality raw bar places such as Neptune Oysters, and great seafood restaurants such as Island Creek, Ostra and Mare.

And of course, Boston has caught up with other major cities with the whole Farm to Table, gastropub culture.

2. What neighborhoods should foodies check out when they come to Boston?

The great thing about Boston, what makes it unique I think are the wonderful ethnic neighborhoods scattered throughout the city.

We have, perhaps the best preserved Italian-American neighborhood in the country, the third largest Chinatown, great Indian markets in Central Square in Cambridge, and, if people are willing and able to venture just a bit further outside the city proper, they can find a plethora of Syrian, Lebanese and Armenian stores and restaurants in Watertown, and fantastic Portuguese and Brazilian shops and restaurants in Somerville and Cambridge.

The South End has become a "restaurant row" and includes great food shops like Formaggio's as well, so that is a neighborhood not to be missed.

RELATED: How well do you know the Boston food scene? Take our quiz and find out!

3. What can people expect on your tours?

People can expect to learn a bit of immigrant history on both our North End and Chinatown Tours, as we'll as information on the regional cuisines of Italy and China. They can also expect to learn the differences between what is really Italian and Chinese, and what they have grown up believing were authentic foods and dishes.

They can expect to learn how to shop for the best quality, authentic ingredients, and how to differentiate them from all of the fraudulent foods that line our supermarket shelves. They can expect to glean cooking tips from our guides, most of whom have a sold background in the food industry, and to be educated on why the Mediterranean and traditional Asian diets are two of the world's healthiest.

They can expect to learn how the big food companies in this country have hijacked our taste buds. Lastly, they can expect to have a fun and informative experience; one that involves all five senses!

4. Are there any food events we should plan our trips around?

Can't miss the Boston Wine Expo, one of the country's first and most respected food and wine events. The expo includes tastes from local vineyards, interactive seminars and winemaker dinners involving local chefs.

RELATED: Top 5 places to go for sushi in Boston

5. What Boston chefs should we be keeping our eyes on?

Imbibe Like the Locals: 5 Unique Spots for the Best Drinks in Boston 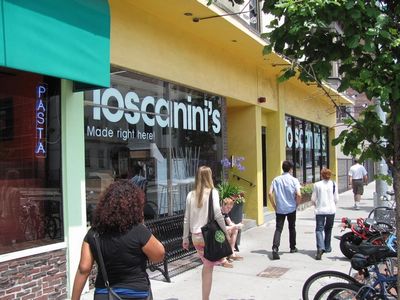