Home > Experience the Flavors and Tastes of Vancouver British Columbia

5 Questions for Vancouver's Off the Eaten Track Culinary Tours

The founders of Off the Eaten Track Culinary Tours tell us all about the Vancouver food scene.

Alexis and Bonnie started Off The Eaten Track Culinary Tours in June of 2012 with the explicit goal of taking people on fun and delicious culinary adventures. We asked them a few questions about the Vancouver food scene...

1. What neighborhoods should a foodie explore on their first trip to Vancouver?

Off The Eaten Track’s whole philosophy is to encourage people to explore up-and-coming neighbourhoods that are outside of the norm. So our top two favorite neighbourhoods are:

RELATED: What is a food tour?

2. What dishes is Vancouver known for?

There’s not really any specific dishes that define the city but there are certainly food movements that we think are particular to Vancouver. Here are our top 3 Vancouver food movements:

3. Who are some of the big Vancouver chefs we should know about?

So many great chefs! We love what Andrea Carlson has done with using fresh local food at Burdock & Co. Also, we’ve never had a dish we didn’t love at Pidgin heralded by chef Makoto Ono. Our dear friend and amazing chef Jesse Jobin has helped open some of the best restaurants in town (Hawsksworth, La Pentola) and will be running the ship at the new Andrey Durbach restaurant in Chinatown.

4. What can we expect on your food tours?

You can expect to be taken to places that are off the beaten track, locally owned, and definitely tasty! We love family run whole-in-the-wall’s that serve up unexpectedly delicious food and unpretentious eateries that do simple yet tasty dishes. But mostly people can expect to have fun, meet some local chefs, and learn about the rich culinary culture of Vancouver!

5. Tell us some trivia about the Vancouver food scene that people might now know.

The California roll was invented by a Vancouver chef (Hidekazu Tojo) in the 1970s as a way to appease non-Japanese diners at his signature restaurant Tojo’s.

Vancouver is the most multicultural city in the world! Over 35% of Vancouver’s population is foreign born, the highest figure in the world (more than New York!). This translates into an amazing diverse culinary scene. 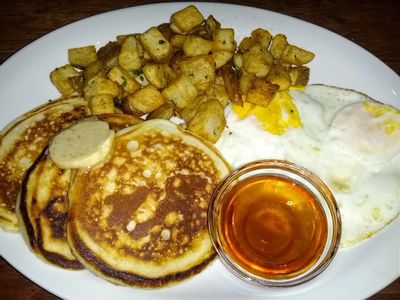